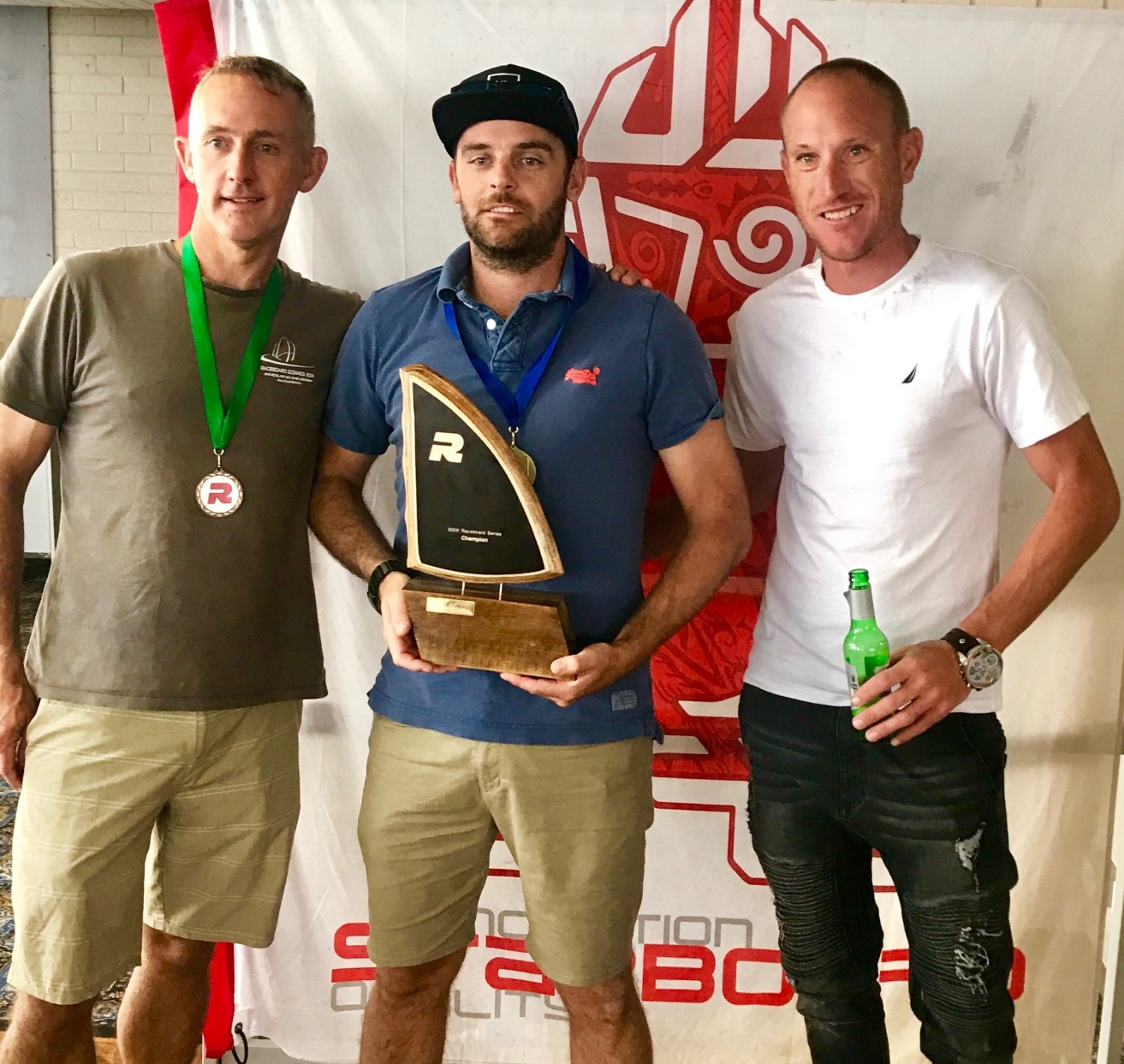 It was a fantastic close to the season, with Illawarra Yacht Club hosting the 7th and final round of the Starboard/Severne NSW Raceboard Series.
The series attracted 43 different entrants, with 27 competing at Illawarra, which was a tremendous reaffirmation of the popularity of Raceboarding.
The morning was light at shifty from the North West. There were plenty of wrong options for competitors to select, and lots of pumping! But none of this phased reigning champion James Grunfelder, who didn’t seem to be able to pick a knock like everyone else, and won both races. Race Officer Nick Nelson then sent the sailors in for a break (champions’ lunch of sangers and sauce on bread thanks to Glen Morrell and the IYC team) and to wait for the wind to settle.
It shifted a bit more north east and came in to blow 18 to 22 for the three afternoon races. Again, James Grunfelder showed his consistency in a range of conditions, with three bullets. Cam Harrison kept him honest the whole way, with four 2nds and a 5th. John Doolan was also very consistent, taking out every place between 2 and 5. And Rhys Herbert was never far away (except in race 1 ) with a 3rd, two 4ths and a 5th. Lea Sitja returned from Spain to compete in the morning races, and racked up two 3rds. And Justin Lord took 3rd in the third race before calling it a day. Nathan Clift made a guest appearance after many years away from the sport and was in second place at the first top mark in race two, before slipping back to finish 10th.
Other notable performances included Adam Hampton’s 5th, and Greg MacInnes, Tom Plodr and Arnie Shields all racking up a 6th. And special mention to Sarah Price for finishing the last two races with her trusty 7.5 in very testing conditions. And the whole fleet did well getting back to the beach after the final race. As Greg MacInnes said, he didn’t realise it was 5 races AND a marathon!
Prize giving saw an impressive range of equipment and gear donated by our sponsors Starboard and Severne. Thanks again for their ongoing support. The overall results were:
James Grunfelder 1st
Cam Harrison 2nd
John Doolan 3rd.
First woman was Lissa McMillan, who came in 9th overall.
Full results are here:
http://www.ausraceboard.org/raceboard-windsurfing-events#/201718-nsw-raceboard-series/